You got Tesla, the guy that invented elecricity for the public consumption,
at the end he died broke in a New York hotel.
So and so had that dream in so so 1903,
Jump,
Got these guy Elon Musk
This guy goes from one thing to another pioneer of the electric cars
called? Tesla
Risking everything, and still be able to monetize.
Usually with genius, I think, they get to involved without thinking
of the evolve… of money. Like the original Tesla, another time of the year
but still got weird.
This Elon Musk, does both things and himself involved in everythings.
(I did rhyme that one)

Read that book long time ago. I was just watching an interview with Roger Ailes,
since he was part of “that” it brought memories of me reading the book
called ” The selling of the president”, written in 1968 by Joe McGinenss.
So that was my important part of the day in my self home quarantine.

Take away whatever you want from those last four phrases. 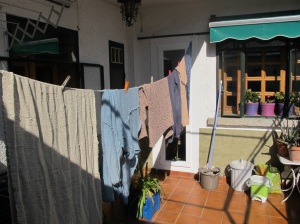 You saw the picture?
It was a mixture:
Of simple clothes,
Simple-
The other person upstairs will get(and I have no clue thank GOD) something and pull them to them up,
And she owns it? My great pieces of clothes I put up for the shine to sun?
So it seems there is no nun

Humans are born to be devises, like it or not, human nature. Nothing new to you nor me,
But once in a while a smack to be.
Sorry for people that think Trump is Hitler, I have my own brain (one neuron) and can see his
bullshit and most of the bullshit turns into nice reality.
That is humans gravity.

Fucking put the whole shit into a poem and short. I should get a medal.

Curse him out on a post, probably drinking and writing so not a good idea.
I also know how much work he puts on the research of amazing-sad history
for the tribute of those who served on WW2.
Found this video. Hope GP enjoys the tribute and Smitty…gotta love that man.
If he reads this he´ll know what I´m talking about(Smitty),and all the people that read him.

My guess is that “Smitty” wouldn´t like the song, just a crazy priest tribute for the man.
and the others.

Some one knows who is Mr. Andrew Carnegie? I didn´t until today and I found the documentary fascinating. Called the “The people who build America” I´m paraphrasing actually I know for sure it´s “The….build America) Ayways it´s him and 4 more dudes which you still have one now in congress not building America but fucking it in my humble opinion, his name is Rockefeller. But the original was the Oil guy, guys that came from nothing. Self made people, Great self made people I might say since they are few like these type of guys. So it got me interested not only in what he accomplished but the personality of the man.

Started working at age 12 because he needed to help put food on the table back at home. And as a very young kid he did realise, one that work was crucial for survival. Not like know with Mr.Obama which is creating an welfare mentality society. He started as a kid, then through connections made during a long period of time, because people saw that he could be helpful for the company a.k.a making money started working in a railway company. There he started from bringing papers, pushing papers, little shitty jobs. But the boss saw his potential. In those days they used iron to build the tracks, he´s boss had a vision that the future lied in the west, so he gave the job of building a bridge across the Mississippi river(only way to get to the west) and it would be the biggest bridge ever build. Over 1 mile long.

Problem was that in those days they mostly used mostly iron among other things. So Carnegie started asking around to architects. And they all said between the locomotives and the pressure of the water the bridge wouldn´t hold. Carnegie looked around some more asked more questions and found something called steel. Problem was that steel was to costly in time and money for big structures, he asked more around and found some smarty party pants dude that made steel for less than have the price and more than doubled the production. So he made a deal with the guy and got a good architect by himself. His boss, his mentor died in the meantime. He was in debt financially with more than half the banks of the U.S, and his career too was on the line which is much worst. He finished the bridge 4 years late and put an elephant on top for public relationships as in saying nothing is going to bring this thing down after convincing investors that it could be done and that they would make money out of it. It worked, he got out of the railway business and started a steel company. Not an easy life.

He saw the future was in structural steel. You know the first world steel skyscraper is in Chicago made with his steel. And you know what most structures are made of then…steel! His steel. So a lot of structures in the U.S made him one of the most richest people on earth.

What is the psychological profile of a person like this I asked myself? First off is he knew he was intelligent and had to work smart and hard. Confidence. A mentor is key, if he sees those qualities in you to get the job done you yourself gain much more confidence in yourself. A mentality of “Everything is possible” since he did build the bridge when all the people around him said it was impossible so faith and optimism made this guy say screw you I can do it. An incredible drive to succeed that which you have to have the previous qualities since without that confidence, intlligence he would have never been able to convince anybody to put up the money that he didn´t have. Be ballsy, sometimes cunning, ruthless in business and have a vision for the future. And if you are not willing to accept failure, the possibility of failure or failure, it´s impossible to succeed. That´s an axiomatic truth.